Carrying a self-defense tool can help you to feel more confident when you're out on your own. Even if you never have to pull out the device to protect yourself, knowing that you have it within reach can reduce the anxiety that you might feel about traveling alone, especially at night. If you're looking for a device to carry, you have many different options.

One product to consider is a stun gun flashlight, which may offer as many as 15 million volts to subdue an assailant. Here are some reasons that this device, which looks like a small flashlight but also offers the functionality of a stun gun, is a good choice for self-defense.

It's Useful in Tight Quarters

There are all sorts of self-defense tools that can be effective at certain distances, but that can be challenging to use in tight quarters. A baton, for example, can cause significant harm to an assailant, but only if you have adequate space to swing it. In the crowded confines of an elevator, for example, you could struggle to effectively swing a baton, and this could result in an attacker overpowering you. A big benefit of carrying a stun gun flashlight is that it's effective in tight quarters because you don't need to swing it. All that you need to do is push the tip of this device against your attacker while pressing the button.

You Can Store It in Plain Sight

Another reason that a stun gun flashlight is valuable is that you can store it in plain sight. Some people may feel tentative about keeping certain self-defense devices in easy-to-see locations. For example, you might not want to store a baton or a knife where others may see these devices, such as in an outer pocket of your purse. Because a stun gun flashlight simply looks like a conventional flashlight, you can feel confident about keeping it where it's visible because it looks like an everyday device.

It Doubles as a Flashlight

Many self-defense tools have just one purpose: protecting you in the event that someone attacks you. While a stun gun flashlight can help you in this manner, it's valuable because it has a dual purpose. In addition to being able to deliver a high-voltage attack to someone who is trying to cause you harm, this device also works as a functional flashlight. You may find that you appreciate having the light to use in various situations, whether you're walking across a dark parking lot or looking for your keys in your purse. 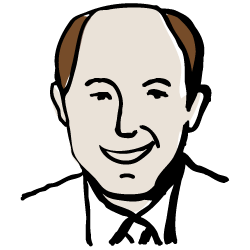